Basically, faith is the most important ingredient for beginning a relationship with God. Faith is a gift and I remember receiving it when I was a young girl. Ever since I can remember, I have loved God with my whole heart. I haven’t always obeyed Him, but boy have I loved him with an everlasting love. For me, it’s always been there…this deep-rooted love for someone I’ve never physically met, but have felt and continue to feel. Cynics would call me out for being naive… basing my beliefs on a feeling and putting my trust in scripture. However, people who don’t have faith or haven’t experienced it, have a difficult time understanding what it is. And understandably so!

For by grace you have been saved through faith. And this is not your own doing; it is the gift of God,”

Let me tell you a little bit about my faith and trust in God. Many years ago when I met Jason’s family for the first time, I knew one of the reasons he was perfect for me was because his family was so wonderful.  They reminded me a lot of my own family, which was very comforting. One of the things that I found so endearing about Jase was how he treated his little sister, Lauren.

When I met Jason, Lauren was only fifteen years old, and I soon learned that Lauren had been born with a carbohydrate, lactose disorder called Galactosemia.  In addition to this rare, genetic metabolic disorder and all the delays it involves, Lauren also had many complications at birth.  These complications resulted in mentally delayed speech, language, reading, writing, math, and social skills. Having these roadblocks to deal with in her life has been very difficult.  Also, if Lauren’s severely restrictive diet isn’t followed, it can result in death, since her body cannot break down glucose and galactose. Too much build up of these two molecules would be detrimental to her health as well. Sounds overwhelming, right?  Let me tell you though, Lauren is so much more than this disease!

So often when we have these roadblocks that try to stop us on our journey, we get sidetracked and only see blocks or a hindrance that prevent us from doing the things we want. But this girl, she’s a fighter, and more importantly, Lauren is the kindest, most selfless person I’ve ever known in my life. I want to be more like Lauren…

Fast forward eight years and Jason and I are married and I’m pregnant. You might be thinking, “Okay, great! But what does this have to do with Lauren and Galactosemia?” Well, the disease that Lauren has is genetic. When Jason and I got serious and realized we would get married and have children, my mother-in-law, Bonnie, told me that I would need to get genetic testing because Jason was an automatic carrier of the Galotosemic gene. However, in order to have a child with Galactosemia, both parents have to be carriers of the gene. If both parents are carriers, then there would be a 1 out of 3 chance that our child would have this disorder. I remember when Jason and I walked into Barnes Jewish Hospital to get the genetic testing, and we were so very confident that I wasn’t a carrier. I mean the disease is extremely rare, so how could I be a carrier?? For the next two weeks I was enjoying the blissfulness of pregnancy, as I was eating my way into oblivion, and loving every minute of it!

Finally the letter arrived from the genetics department at Barnes, so I opened the letter with a smile on my face, knowing what I was going to read. Nevertheless, the words on the paper read, Stephanie F. Montgomery, carrier of the enzyme galactose-1-phosphate uridylyltransferase (GALT).  In other words, I was a carrier of Galactosemia (insert mouth drop).

All I could think of was, “How could this be?! The odds are SO rare- this isn’t happening!” But the reality was, I carried the gene. So, I was basically told that for each pregnancy, there would be a 1 and 3 chance that our child would have this rare, life-altering disorder and that I should follow the strict diet throughout the term. We were both so distraught and deflated. Not only could our child have this disorder, but the diet I had to follow seemed almost impossible. 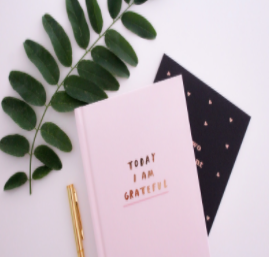 In the meantime, I had gotten a journal to write in throughout the pregnancy and I remember so vividly writing to God about the diet and our unborn child. I kept praying to God and writing in the journal, asking that our baby would be born healthy. Over those next couple of months, I remember shedding many tears thinking about the kind of life our unborn child could possibly have and trying to deal with the lack of food I could eat. For example, I couldn’t have dairy of any kind and nothing with whey.  Which felt like pretty much everything! I felt so crabby because I couldn’t eat anything except meat, vegetables and fruit. I really had a newfound understanding of what Lauren had to go through each day of her life. No desserts, no butter, no cheese, no nothing… it was so hard!!!

I kept praying and writing and praying and writing. About four months into the pregnancy, I was chatting with Bonnie, my mother-in-law, about being a carrier. I asked her if Jason had ever been tested as a carrier, and she told me that he hadn’t, but she was told that he was an automatic carrier by the doctors. For some reason, I felt the urge to call the genetics office at Barnes to ask a few questions. I asked the kind lady that had been working with us if Jason was an automatic carrier just because his parents were, and she quickly responded with a, “No!” I asked her if she could repeat that, and sure enough, she said no. She asked why I thought that, and I told her that that’s what my mother-in-law had been told. She quickly got us in for another appointment to get Jason tested and, after two weeks of intense waiting, God had answered our prayer. Miraculously, Jason wasn’t a carrier even though both of his parents were. I mean what are the odds that I would be a carrier and he would not?! God really does amazing work all the time, but especially when we have a strong faith and place our trust in Him. 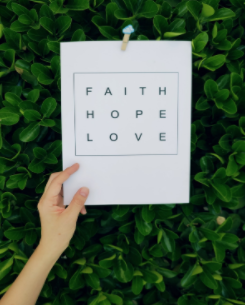 Faith is walking in trust and hope. Hope in the unseen, and trust that the plan in place is for God’s purpose. During the time of my pregnancy, my faith was deeply rooted in the trust I had in God.  I was so scared of the possible result, but I ultimately put the situation in God’s hands. As sinners, I feel it is so difficult for us to turn away from trusting ourselves and to place that trust in God. Why don’t we spend more time caring about what God thinks of us, rather than what the world thinks of us? Why do we trust ourselves more than our Creator? Can the world promise us Eternity?

This is where my faith as a Christian has always been deeply rooted… not caring so much about what the world thinks, but caring more about what God thinks. I’ve been called names, excluded from different activities, and talked negatively about because of my love and faith in God.  But that’s okay because I’ve always been happy and content choosing God first. Let’s be honest, many people are more concerned with others’ approval rather than that of God’s. We all fall into the world trap at times, but we must arm ourselves with the Word of God to protect us from the schemes of the evil one.

I often find myself feeling melancholy as I think about how many people lack faith, and trust only in themselves or some earthly thing or person.  This will always leave them wanting more; always hungry… But Christ tells us,

I think about how cool it would be if we were able to bottle up faith and label it, “Taste and See.” How many people would be saved by this drink? But see, God gives us free will to choose, which is a beautiful gift. He allows us to choose Him, not by force, but by our hearts, minds, and souls being transformed. Some of us first experience this faith when we’re youngsters growing up in church. Some initially experience this faith through a friend sharing a piece of scripture. Others connect to their faith through a tragic event or through the love of a stranger. However faith has walked into your life thus far, it is a true gift from God. Make no mistake, He is seeking you out, friend!  Our job as followers of Christ on this journey walk, is to share our faith so that others may taste and see the goodness of God.

One thought on “Faith: Taste & See”

Do nothing out of selfish ambition…
I thank my God for you…
Growth…
Be kind…
To know this love that surpasses all knowledge…
When you believed, you were marked in Him with a seal…

“Not only so, but we also glory in our sufferings, because we know that suffering produces perseverance; perseverance, character; and character, hope.  And hope does not put us to shame, because God’s love has been poured out into our hearts through the Holy Spirit, who has been given to us.” (NIV)